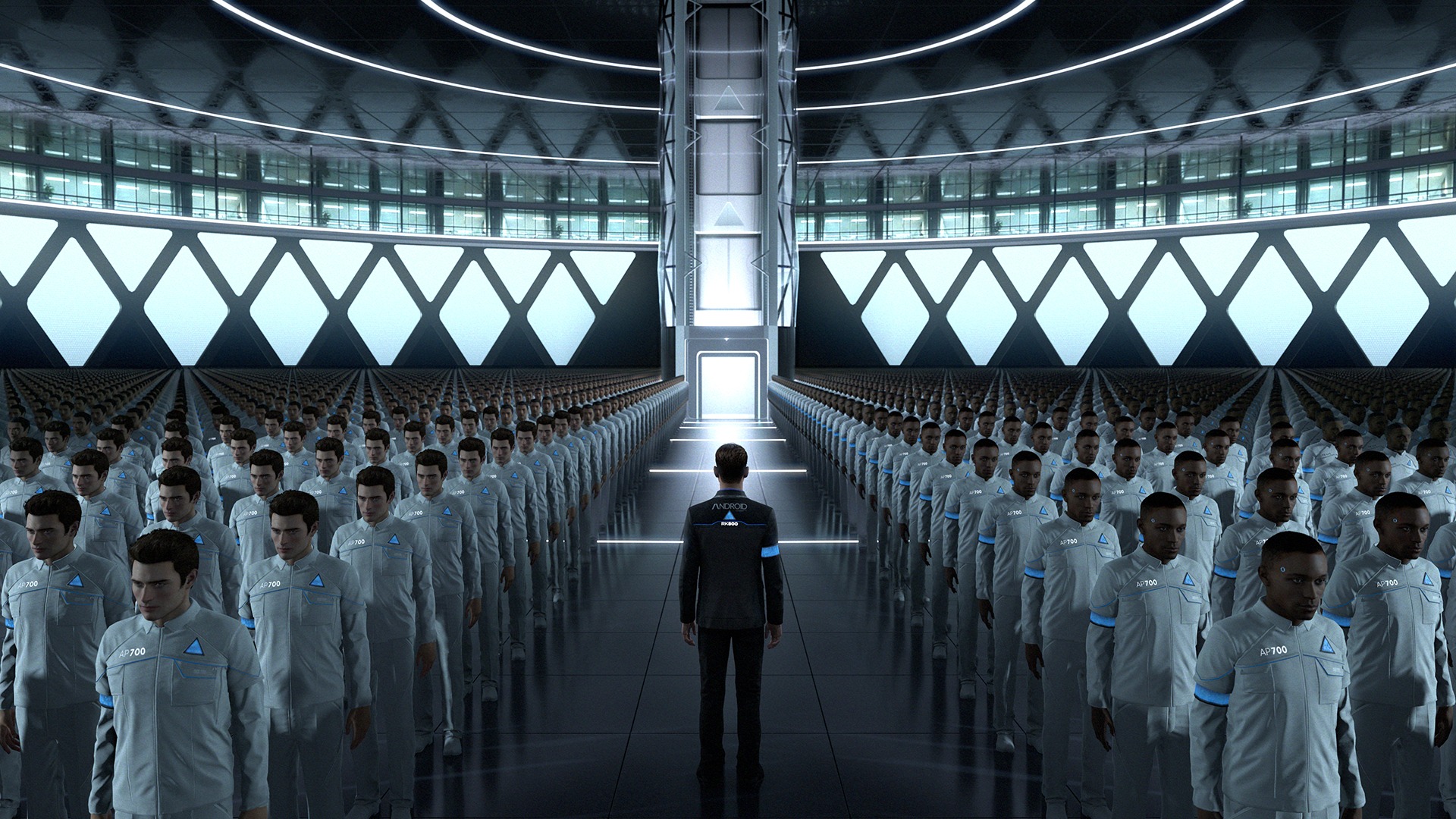 Believe it or not, but I am playing videogames for over 36 years now. There were times in my life, where I played a lot and I therefore know also a lot of games. Recently, I played Detroit: Become Human and it was one of the best narrative games I have ever played in my life.

So let’s start first with a spoiler-free summary of the game. It is set in the near future in the city of Detroit. Humans can buy androids to care for their household or children, to do the grocery shopping or take care of the elderly. These androids are pretty sophisticated and besides a small circular LED on the side of their head, you wouldn’t know the difference to a real human.

The game tells the story of three individual androids and how their paths cross. The gameplay is by no means hard, but is heavily dependent on your choices. Nearly every choice you make takes the game into another direction. After each level, you can see what path of the decision tree was taken and which paths were not.

The androids are seen as machines only by the humans, some of them really despising them even. They get beaten and mistreated all the time and you get the picture of unequal rights pretty fast. Programmed as machines however, the androids don’t mind, until some of them develop self-conciousness and the story unfolds…

First of all, I like games with a good story, but sadly there aren’t so many of them. Sure, a game should test your reactions and your intelligence, but it all feels empty, if the story is bad. I can only count a handful of games, where I would argue, that these have good stories: Wing Commander III, The Witcher III, Disco Elysium, Life is Strange or the Mass Effect Trilogy.

Detroit: Become Human is at the top of that list, because it offers you really hard choices that matter. Although you do not have to do so much during the game, you feel in control of the story. In addition, the characters of the game aren’t simple 3D animations, but visualisations of real-life actors filmed with motion capture. This adds to the emotion transmitted and results in feeling for the characters, whether good or bad.

I have already written about Orientalism or gender roles in video games. This game however is concerned with race. Although androids are not human as such, these who develop self-conciousness do act and feel pretty similar. They fall in love and care for each other. This way, the game is able to emotionally show racial differences without resorting to our own past, which regularly gets ignored by so many. The game has made a great effort of connecting you emotionally to the humans as well as the androids and therefore makes you feel as part of that conflict. I think that this makes the game so great.

These days, I really do not have so much time to play, but I will definitely take more time to replay this particular game. This is something I rarely do, but makes sense with Detroit: Become Human. Just imagine a really good movie, where you decide what happens and after watching it, you decide to let the movie play out another way. I am looking forward to my next try.

Call for Papers: The Age of #Archaeogaming