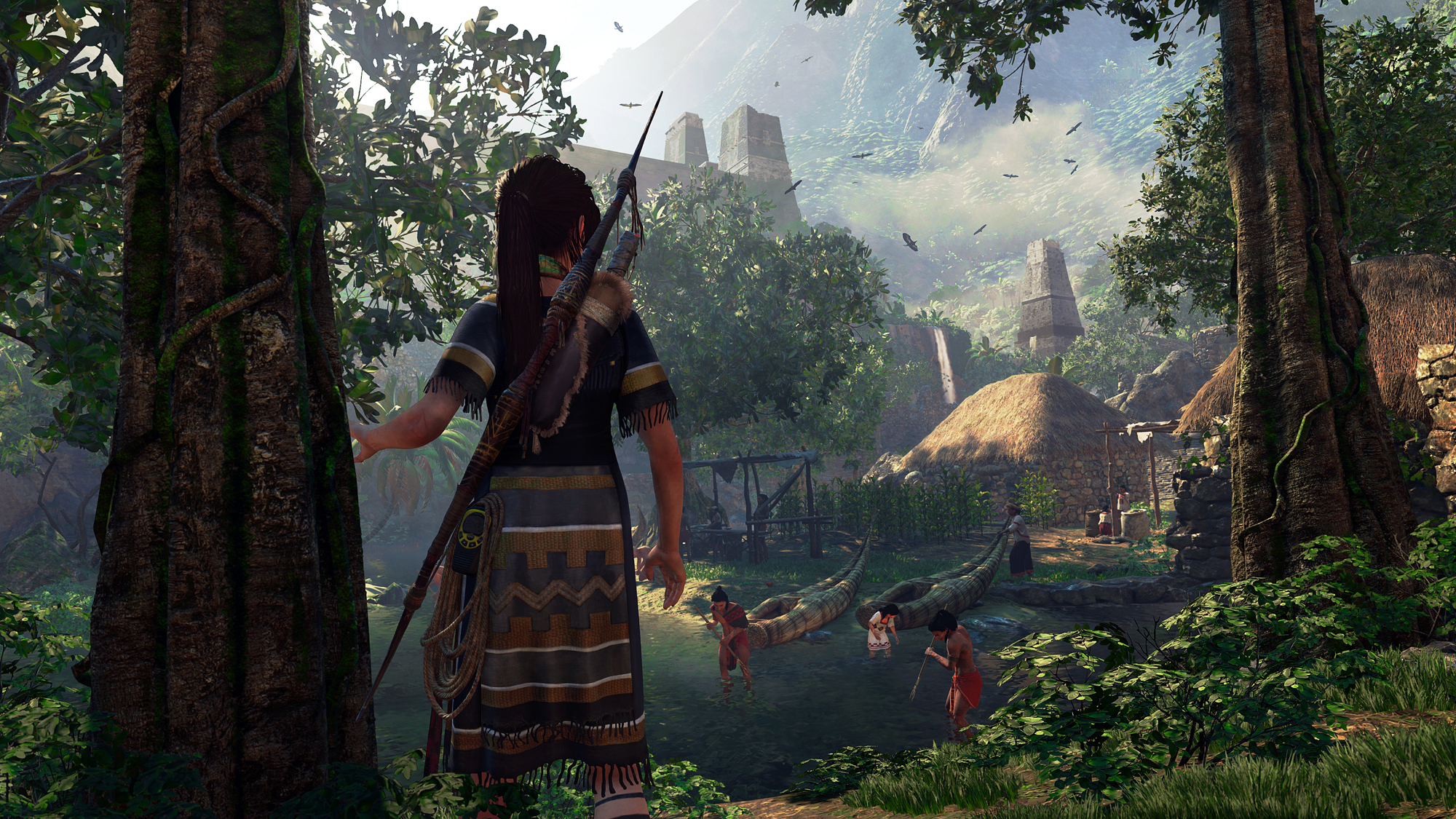 Archaeogaming is a relatively new term in academia and games culture. It can mean many things. For example excavating in-game, documenting games typologies or also researching the image of archaeology in videogames. You can find some examples in my post about the publication “Communicating the Past”. Therefore, archaeogaming is also concerned with the depiction of archaeologists within videogames. As a result, stereotypes (or tropes) form our image of archaeology, archaeologists and also the past in general. One special case of this are gender roles in videogames.

When we think about the depiction of archaeology in video games, we immediately think of two, maybe three possibilities: Indiana Jones (1982-2016), Lara Croft (Tomb Raider 1994-present) and Nathan Drake (Uncharted 2007-2017). The Indiana Jones games are based on the movies and the Tomb Raider movies are based on the video games. Consequently, an Uncharted movie comes in 2021, where Tom Holland will play Nathan Drake.

When movies or video games depict archaeologists, they are most certainly white and male. The exception here is Lara Croft, who by the way is not only the most famous female fictional archaeologist. She was also one of the real first female lead characters in video game history. So what is her story and how does this ties together with gender roles in videogames?

Archaeology was since it beginnings imperialistic and still is sometimes. In the Tomb Raider games, the player has to conquer various levels in different locations and besides that, has also to steal mysterious artefacts. She visits locations like the Great Wall of China (Tomb Raider II 1997) or the Great Pyramid of Giza (Tomb Raider: The Last Revelations 1999). Typical artefacts are Excalibur (Tomb Raider: Legend 2006) or also Thor’s Hammer (Tomb Raider: Underworld 2008).

By playing the game, we as the player act within these imperialistic stereotypes and even partake in looting cultural artefacts. In addition, Lara also acts with native populations in a imperialistic, euro-centrist way. Local tribes are in need of Laras help, uncapable to solve their own problems. Media studies calls this a white saviour trope.

“It might seem harmless to claim that aliens or Atlanteans built this monument or that lost city, but in doing so, you’re taking those achievements away from the people who actually accomplished them. Often those people are the ancestors of modern indigenous communities which have suffered colonialist oppression and marginalisation. And this brings us to pseudoarchaeology’s troubling relationship with race.”

In 2019, a new game appeared on the market called Heaven’s Vault. inkle studios, an independent game company, made the game. It starts at the University of Iox, where we play as Aliya. Her supervisor asks her to investigate the whereabouts of a missing friend, but also the origins of a mysterious brooch. Therefore, Aliya travels through space to different moons, discovers artefacts or landmarks. As a result, the player learns more about the past of the world Aliya is living in and how everything ties together.

In Heaven’s Vault, there are also no weapons or violence and it solely relies on the story-telling. The main character Aliya Elasra is a female archaeologist from the University of Iox, therefore an archaeologist with academic background. While playing, the character is constantly being challenged on how to interact with discovered artefacts. Aliya can engage (take) or avoid (leave) to answer these ethical questions in the game. Should she consider to do something ethically questionable, people in the game will change their opinion of her and also the narrative.

The character is a woman of colour as are many of the side characters. Jon Ingold, the game’s narrative director and writer (and also son of archaeologist Prof. Timothy Ingold, University of Aberdeen), created the main character of the game after the real life Egyptologist, Dr. Monica Hanna, who is also well-known for her activities in protecting Egyptian heritage.

The game directly addresses colonialism, as Aliya faces a strong resentment by indigenous people on the moon of Maersi. She has to decide on how to behave as a visitor from the planet that oppressed Maersi in the past. Again, her decision will influence the progress of the game and also the interaction with other characters in the world.

The outer appearance of Lara Croft is without a doubt modelled as an adolescent male fantasy. Proceeding the first game (1996), her physique became more and more unrealistic as did also her sexual attitude. The Tomb Raider series changed in 2013 with the reboot of Tomb Raider. For the first time, the game had a female writer, Rhianna Pratchett. Lara’s physique adapted to a realistic value and her character became deeper and more vulnerable. She nevertheless stayed an object of sexual attraction and still fulfilled the white saviour trope.

In Heaven’s Vault however, the female character is not sexualised in any way. Aliya is wearing comfortable trousers, a blouse and a headscarf, appropriate and also comparable to other characters in the game. She is treated in a respectful way without any references to sexual attitudes whatsoever. She acts independent and the relationships with other female or male characters are also at eye level. Aliya is intelligent, funny and relatable and a perfect example how this is achieved without sexualisation.

These two examples show perfectly two opposing sides of depicting archaeology, but also female archaeologists in videogames. Although studies showed no correlation between sexist beliefs and playing video games, it does however exclude female players in engaging in digital games equally. The reboot of the Tomb Raider games in 2013 did go in the right direction. But as Heaven’s Vault also shows, sexualisation is not necessary to create an appealing game and gender roles in videogames are not fixed.

This article is an excerpt of a paper that I published in 2021. If you are interested in reading more, you can have a read here. The full citation to that article is:

The mindset behind academic productivity I