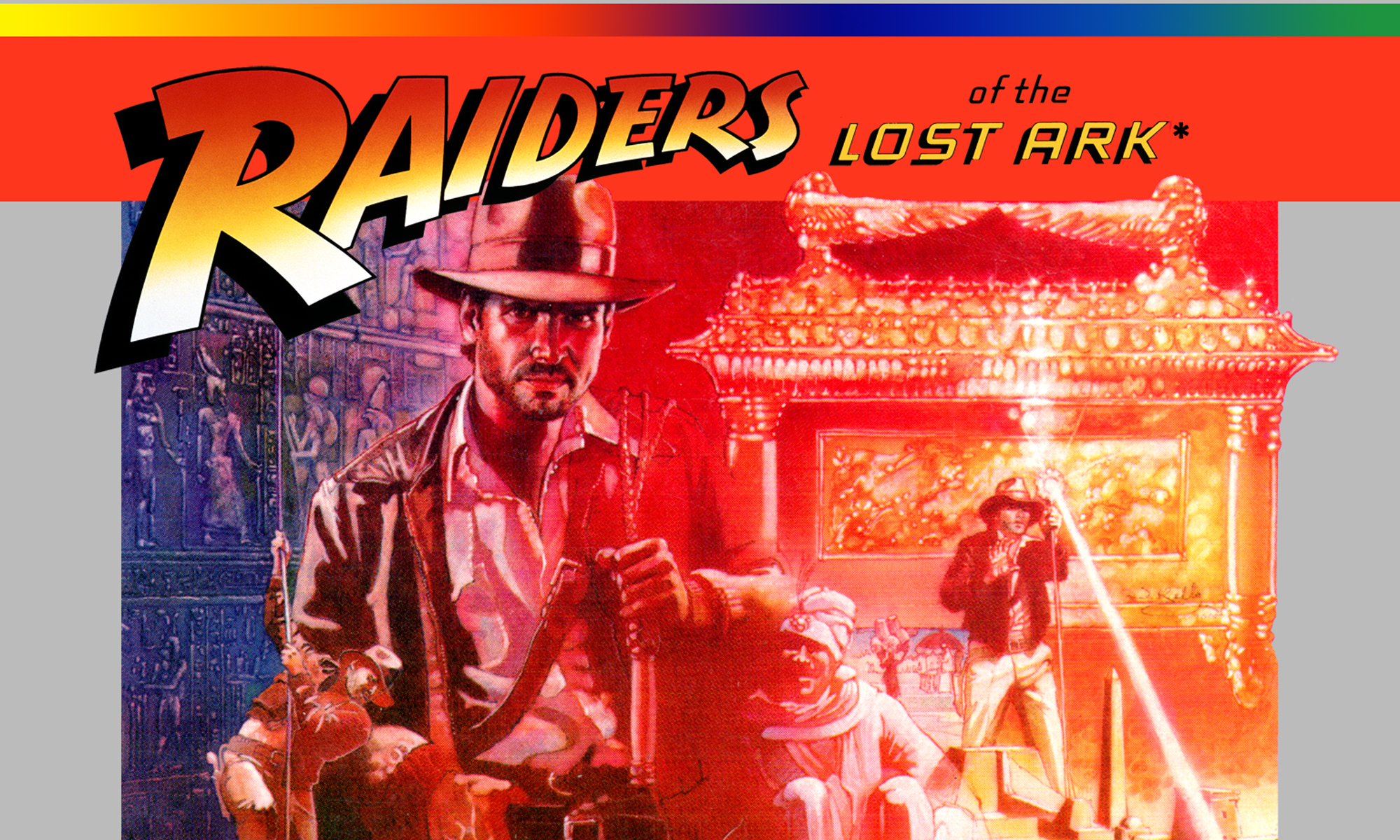 There have been a lot of videogames with the iconic archaeologist Dr. Indiana Jones and I already talked about one of them. Atari released the first game however in 1982. That was one year after the screening of the very first Indiana Jones movie Raiders of the Lost Ark (1981). It was produced for the Atari 2600 under the same name. The analogies to the movie however are the title, the Ark of the Covenant and Indy’s fear of snakes. The game was designed by Howard Scott Warshaw, the same guy that designed Ataris biggest fail: E.T. – The Extraterrestrial .

The plot of Raiders of the Lost Ark

The game is set in Cairo 1936 where we start in an entrance room in which we find our whip. The room leads to a marketplace, where we can “buy” several things from the vendors. We need to be aware not to touch the vendors (dressed in Arabian thobes), as they will steal the items from us. With a hand grenade acquired from the market, we can blast our way into the Temple of the Ancients. There, we find several levels of illogical undecipherable content. Somehow we need to find our way into the treasure room. There, we can find artefacts and items needed for the later game.

We then need to make our way to a “map room” which should present us the way to the Ark. The graphics of that time make it impossible though to really identify where we are at the moment. We then have to go through a thieves den to a black market where we can buy additional stuff. This includes a shovel or a parachute. We find the black market only by bribing the Black Sheikh of another marketplace . We then find our way to a cliff of one of 18 mesas, where we jump off with the parachute. Finally, we find and dig up the Ark of the Covenant and win the game.

The problems of Raiders of the Lost Ark

Besides the cryptic graphics and intricate input with two controllers (one for Indy and one for the inventory) the game offers many problems in form of Orientalist tropes and Imperialist behaviour. We constantly are faced with the dangers of nature (snakes and other animals) and Egyptians (which try to rob us). The latter are serving the Orientalist trope of good and evil in form of our white male hero on the one side and the West Asian locals on the other. Additionally, we bomb and fight our way through the temples and locations of the game and take whatever we want. To progress in the game, we need to bribe the Black Sheikh with one of many artefacts. The only problem is, that we do not know which one, so we have to find them all.

As in the movie, Indiana Jones is taking possession of the space, the people and various artefacts in an act of cultural appropriation. This in turn represents the imperialist values of 19th century (and later) Imperialism. This all is in fact not so new, but here is what really baffles me: While I have tremendous difficulties identifying locations in the game or objects in the inventory (there are only bad pictorial representations), it is really easy to recognize Egyptian vendors in Arabic thobes on the market place (more than life-size representation of the heads). In addition, while playing the game, the player learns the rules and realizes, that these vendors and later other local thieves steal from them. Why is the emphasis of this game on that, instead for example the level design?

As with every Indiana Jones movie or videogame, Orientalist and Imperialist tropes are part of the story and I understand that this topic was not a pressing issue in 1982, when the game was released. But knowing that Bethesda is creating a new Indiana Jones game right now, probably released 40 years after the first one, begs the question if they will handle Orientalism and Imperialism differently or not. We do not have to see West Asian people as the enemy against whom our protagonist has to fight. How about an Indiana Jones plot where the archaeologist can only find secrets with the knowledge and help of locals in order to not steal, but give the artefact to them? Or better: Why does Indiana Jones have to travel to West Asia (or other exotic places) to find treasure? Instead let his Egyptian friend Sallah travel to America and find treasures there.