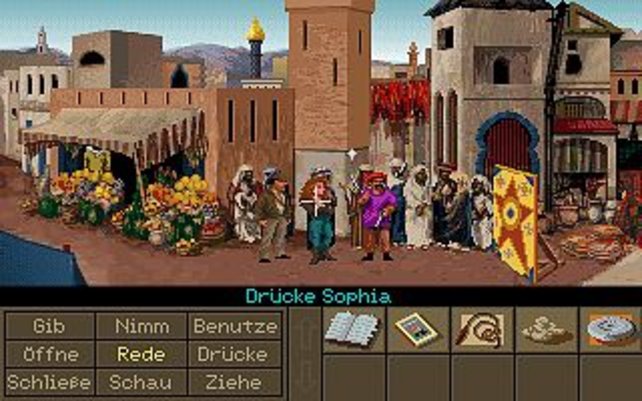 Why it is ok to criticise videogames

Analysing videogames has its benefits, but also its drawbacks when we criticise videogames. On the one hand you have a wonderful media that is not only viewable (like movies), but also interactive and immersive. This is a great basis for doing analysis. On the other hand you have the game itself. A (most often) fictional world with (most often) thought through game mechanics that simply makes fun. That’s what it is there for, right?

Why videogames get criticised

Let’s have a look at an example. In a recent article, I very briefly analysed the videogame Indiana Jones and the Fate of Atlantis (1992). In the article, I argued how the game used Orientalism to connect the player to the figure of Indiana Jones and Archaeology. On the one hand, this makes sense, as early archaeology was in fact imperialistic. On the other hand does the game promote a very doubtful way on how to handle cultural heritage or non-white protagonists. The game is still fun though! Paradox?

I personally did not receive any negative comments on my article, but I know others do. Take an example of the work of Anita Sarkeesian and the YouTube Channel Feminist Frequency. There, she and her colleagues criticise videogames for their gender representations. The comments on these videos were deactivated for obvious reasons. Still, you can easily find reaction videos or commentaries to her work. Especially her series on Tropes vs. Women in Video Games has started a shitstorm of sexist and racist commentaries. This is not ok.

Why the gaming community seems to not like it

Let’s have a look on the other side. Why does part of the gaming community behave this way? It is of course obvious, that this part is a rather small, but a very vocal one. I also want to clarify, that I do speak explicitly about these, who react to game critics in a hateful way. It seems however, that these people understand criticism as censorship:

“There is definitely a tendency to massively overestimate the amount of influence that critics or academics have,” says video game theorist and researcher, Jesper Juul. “The mistake that some gamers make is, they falsely assume both that Sarkeesian wants to entirely change games ‘as we know them’ and that she has any kind of power for doing so.”

The point here is however, that criticism is not meant to take videogames away or change them to a point, that they do not make fun anymore. On the contrary, changing games to be more inclusive and even instructive will not take away the entertaining factor, as positive examples show. One of the most famous Battle Royale games, Apex Legends, offers a very diversified gender selection. Besides male and female, the game also offers non-binary or trans-gender, but also gay, straight & bi characters. These characters actually represent pretty well the whole LGBTQ community. This whole gender-friendly selection does not at all take away anything of the fun of the game. The user numbers proof that.

Why it is important to do so however

Gender and sexism are of course only one part to consider. As stated above, racism plays also an important role in the analysis of videogames. For me, the depiction of the past and the profession of archaeology are of interest. I argue that an imperialistic depiction in videogames will marginalize art trade or the destruction of cultural heritage. I my opinion though, it is therefore important to continue to criticise videogames. This way, we can improve them and do not need to censor anything.

There is also the question of historical accuracy. Is this more important than offering an inclusive and diverse game? As with the example above, if Indiana Jones were a real archaeologist, he probably would have been racist and imperialistic. Does that authorize to promote that behaviour to others though? The first argument for it would probably be, that we as adults are capable of differentiating between racist behaviour in a game and in real life. But that is not the point. It seems obvious that when we play a game where the objective is to shoot somebody, this not automatically makes us shoot somebody in real life.

But if we tell story after story about the white saviour, the male hero or the damsel in distress, this image will creep into the memory of modern day culture (or better: stay in there). Today, we are quiet aware of white-washed and male-focussed histories and modern science already tries to conquer them, but videogames still don’t. Although they are also some exceptions. But these are rare and this is why criticising videogames is important, not to censor, but to improve.