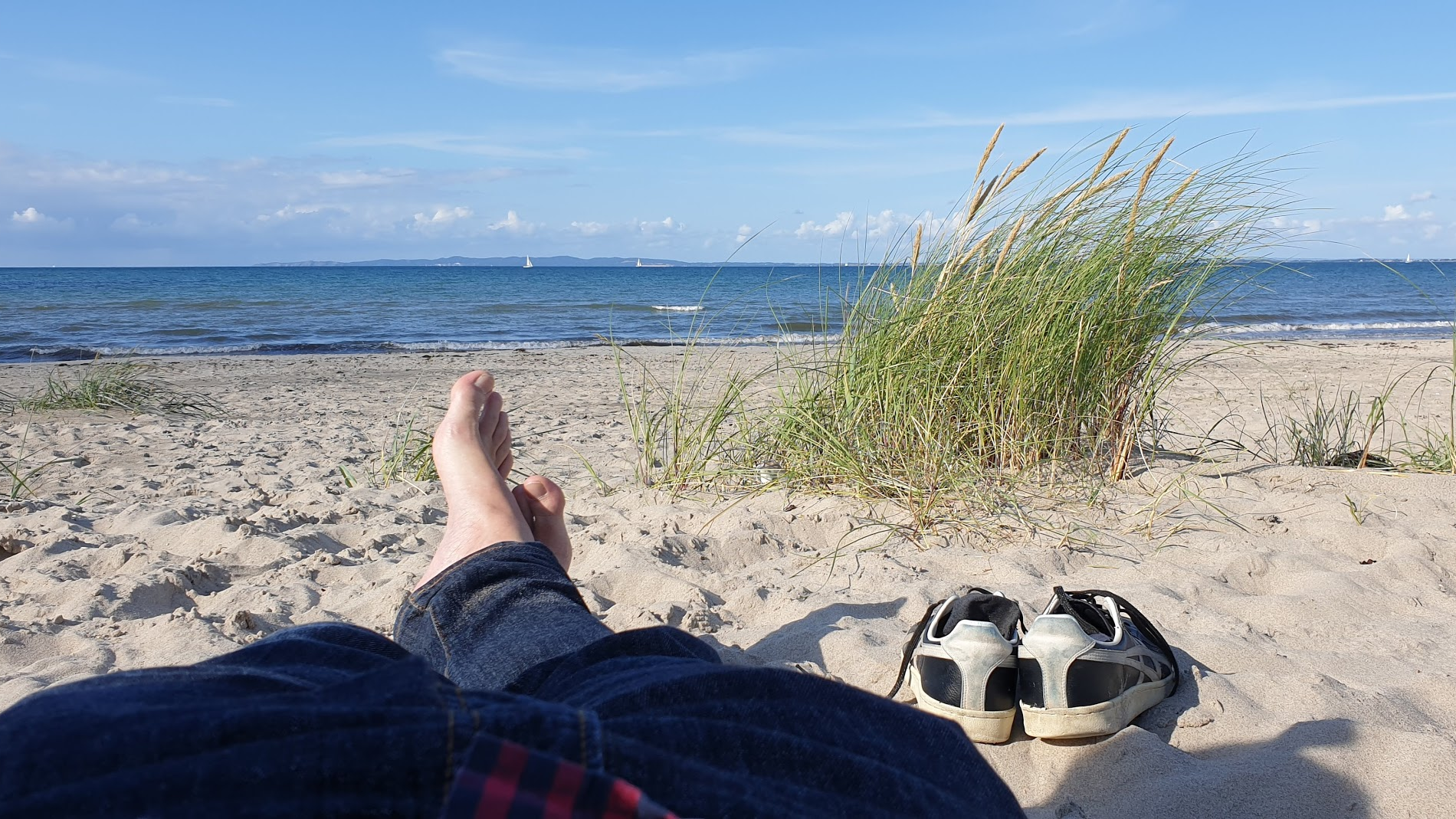 Recently, I did travel to Denmark. I visited Funen, an island around the city of Odense, Zealand, an even bigger island around the city of Copenhagen and Møn, a rather small island in the southwest of Denmark. To avoid the big city of Copenhagen in times of Covid-19, I was sad at first, not being able to visit the capitol. After my trip though, I don’t regret it so much anymore. Especially the third-largest city of Denmark, Odense, has made a mark.

Funen is the third-largest island of Denmark and only a short trip away from Germany (where I started my trip). I stayed not too far away from Odense the biggest city on the island. Naturally, I spent a lot of time in the city, but did also trip around the countryside.

The city is famous for its most iconic celebrity and fairy tale writer Hans-Christian Anderson and it makes you aware of that. Everywhere you’ll find statues, museums or shops dedicated to him. A new museum, the HC Anderson Hus, promised to be a highlight of the city. Unfortunately, the museums was not quiet finished and the exhibition rather boring. The building though is pretty impressive and shows how modern architecture can get integrated into a city. The museum might be good when its completely constructed, but I doubt that the exhibition (which is already finished) will be any better.

Besides Anderson, Odense has still a lot to offer. Food courts, parks and beautiful old houses invite to walk around the city the whole day. It is clearly in the hands of younger people and it does the city good. I was much impressed by the combination of old houses and new architecture. The city of Odense is for sure worth a walk and a very good alternative to Copenhagen.

To the north of Odense is a peninsula called Nordskov, nearly the most northern part of Funen. We took a walk along the beach and although the weather was not the best, the beach and nature were stunning. I saw birds, that I have never seen before and one thing that struck me (although it might have been the weather): it was not very crowded. Especially in times of Corona, this was a well received feature. This peninsula might be a lesser known spot in Denmark, but nevertheless very beautiful.

Zealand was the second island we visited and it is the island where Copenhagen is situated. We instead visited the beach and a castle.

This castle, a Renaissance building, is impressive in many ways. Outside, you can walk through the gardens and even take a boat tour in the castle lake. If you decide to have a look inside, you can see nearly 80 rooms and a lot of art. As part of the castle, there is also a church and I could listen to some music played on the pipe organ from 1610. It is also nice for kids, as they can fulfil a castle quest and learn something about its history.

As we finished our visit, we walked back to our car, which was parked on a payed parking spot. We were late for about 15 minutes and already had a ticket. In Germany, being late to a parking spot like this maybe costs around 5-10 Euro. In Denmark however, we had to pay around 130 Euro! The day ended with a downer.

To relax, we also visited some beaches and Hornbaek was one of the nicer ones (see title image). It is situated north of Copenhagen and has a mediterranen flair to it. The sandy beach was a perfect spot for an evening picnic. Everywhere in Denmark, you’ll find bakeries with the nicest sweets and we tried our share.

This smaller island is called one of the most beautiful places in Denmark and I can see why. People were more relaxed than on Zealand and it felt like travelling to another country.

The highlight of the island are the giant chalk cliffs where you can find some fossils if you are lucky. We were and actually found something. What I was not aware of were the amounts of stairs to take down and more importantly up again. There are around 500 steps! We arrived at the cliffs quiet early which was good, because later that day it became crowded. It is also a good idea to wear waterproof shoes, as parts of the way is slightly under water.

In short: Denmark was great, but expensive. I enjoyed the country and people very much and am glad to have made that round-trip.