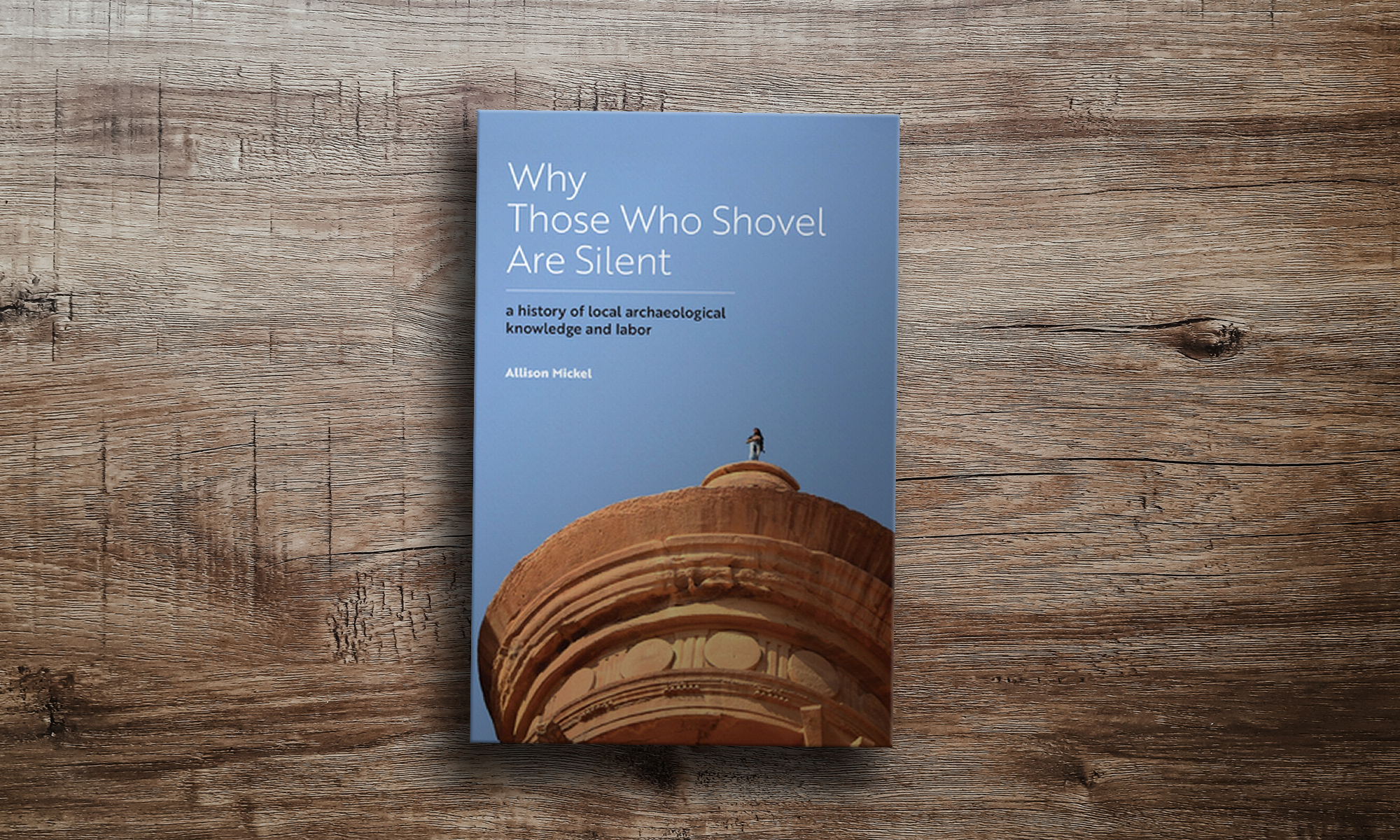 When I was on excavation in Syria, I was intrigued by the country and its people. To be honest, the first time, it was quiet a culture shock. The second time though was great and the third time too. I loved watching and talking to people from the local village we were situated in. During the excavation, many from the village or nearby participated in the dig and I got to know them. A couple of things bothered me though and I indeed asked myself why those who shovel are silent.

First, the payment for the local workers was very little, although I was told that this amount was “more than they are used to”. Second, they were treated like a brute workforce. There was rarely the time to talk to the workers and get to know them. There was no communication of the workers with the dig or team, except maybe the cook. Third, there was also no appreciation for the knowledge for some of the people who have dug for decades in Syria. They clearly had a better understanding of the soil and technique, yet we (the Europeans) made all the discoveries. One of my future projects was supposed to write about this in more detail. Allison Mickel did it first and she did a great job.

The project “Why those who shovel are silent”

A. Mickel worked on two sites for this: Petra in Jordan and Çatalhöyük in Turkey. In her project, she interviewed local workers from both projects. Her questions focussed on memories of the workers of the projects and interaction in between the local workforce and the foreign archaeologists. For the project in Petra, she showed how little local workers were involved in the archaeological process and even often got send away when special artefacts were discovered. On the other hand, the project in Çatalhöyük had a more multivocal approach, where workers were more involved in the whole process. The access to information was therefore different on both sites.

Nevertheless, in both projects, there was something happening, the author called lucrative non-knowledge. The title of the book “Why those who shovel are silent” covers this perfectly. Whether in Petra or in Çatalhöyük, workers gained more from not showing their knowledge, than from using their expertise. This seemed strange and familiar at once. In Petra, workers immediately got fired when showing initiative, so they stopped showing initiative and basically “played dumb”.

Ahmed: We don’t do anything! What could we do?

Me: You could say something, right? You could say, “Well, I worked on this other excavation….” [where they dated differently]

Ahmed: If you say that, they will say, “No. We are right. We are the experts.”… And if you are a worker and if you come all the time to ask them, they might, uh… They will become angry, you know? And they will say “stop!” Uh… “We only brought you here for work. You’re not here to ask.”

This part stroke me. This was the thing always bothering me when digging in Syria. Local workers, some of them experienced over decades on different sites, had to do what I (a young unexperienced student at the time) told them to do. If I tried to start conversations with them, I was told that there is no time for this and I should dig further. At the time, as a student, I was not aware that this was fundamentally wrong. I thought it is the way it’s supposed to be. I now see this different. Even modern-day excavations work with a form of colonialism, maybe even unintentionally. This really has to change.

I am sure, that excavations in the next ten to twenty years will change radically in West Asia (and elsewhere in the world). We as European archaeologists need to pull out from active excavation and start to support local communities. This is not a questions about tradition, rather than passing the torch. We might have a technological advantage right now, but we need to teach this to the local communities and help them to establish their own archaeology. Instead of hiring workers to help us, we should redirect our efforts to help them. A. Mickel offers some ideas on how to do that at the end of her book and why those who shovel should not be silent.

Allison Mickel is assistant professor of anthropology at Lehigh University and you can follow her on Twitter.