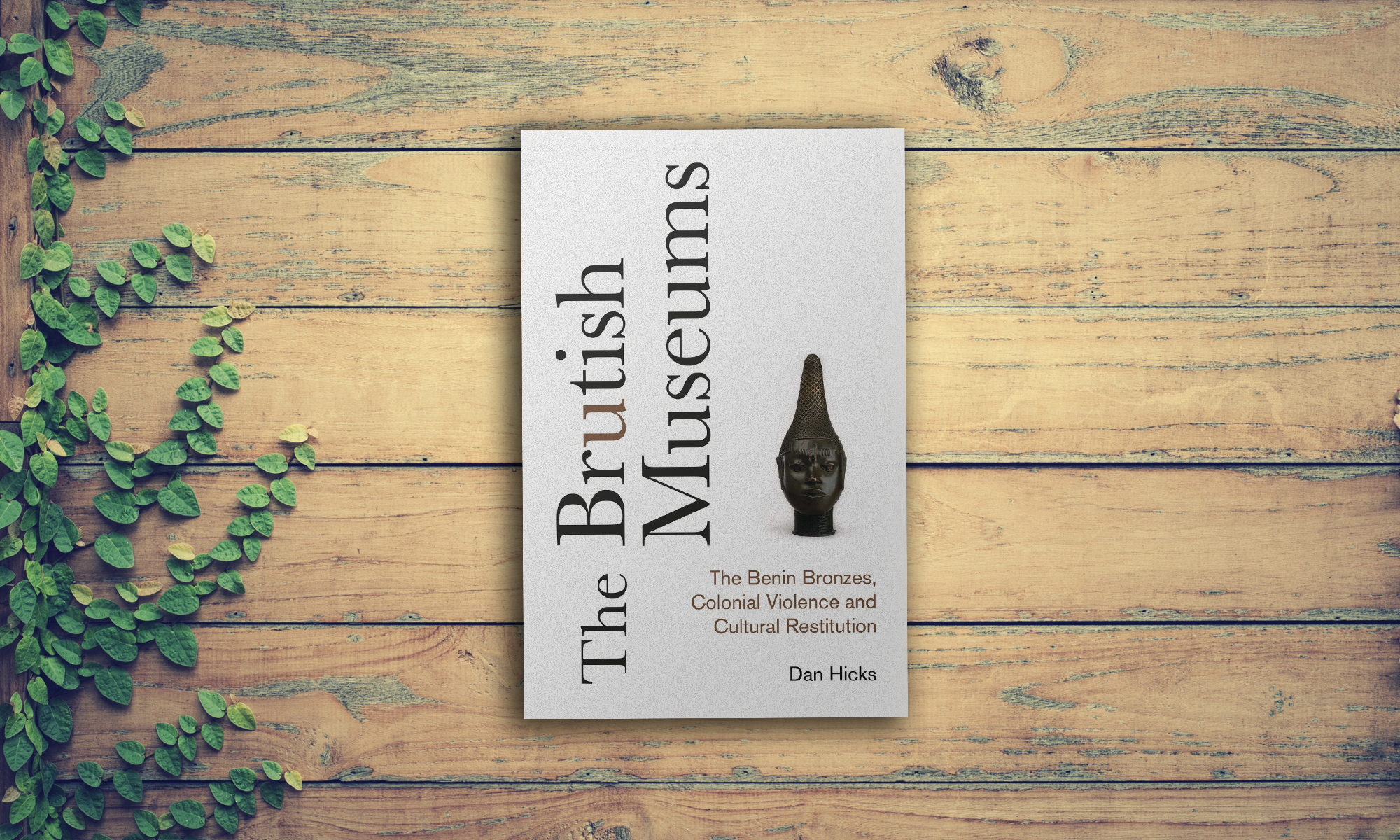 The book Brutish Museums by Dan Hicks is a book about the sacking and looting of Benin city in 1897. It is about the violent display of the looted goods in museums around the world today. Although this book exclusively talks about the looting and illegal art trade of the Benin Bronzes, it stands for a much wider debate on the problems of our museums today.

I can’t give an extensive summary of the content of this work as the history of British colonialism and the events that led to the punitive mission of British soldiers against Benin, the sacking of the city, the killing of probably thousands of individuals and the ongoing discussion about the loot in (mostly) European museums is way to complicated for me to summarise in a couple of words. Instead, I would urge you to read it yourself. I just say this: During a so-called punitive mission by the British army, they destroyed the city of Benin, sacked the riches of the city. These artefacts are now part of big anthropological museums in London, Paris and Berlin (and many more).

Naturally, the Benin government is requesting these artefacts back. They had little to no luck so far, as the argumentation has always prevented even the research on these items. Pinpointing the origin of many of these objects was often not possible. On the contrary, museum displays even marginalise the brutal event of 1897. By negating the provenance of these objects, they replay this violence every day with their museum displays.

The book certainly speaks about something that is not spoken about often enough. While Hicks is certainly not the first who is writing about this, his book is one of the more famous ones. While Hicks is speaking about the Benin Bronzes, he is also speaking about a general problem of modern-day museums. Whether we are talking about the Elgin Marbles, the Nofretete or other artefacts with a sketchy history of acquisition. Hicks, being a curator of the Pitt-Rivers Museum in Oxford himself, is speaking from the lions den. But it seems, he is also speaking for many inside European museums who wish for the same. It reminds me of James Acaster, who brilliantly summarised the mindset of British museums in his stand-up special. If you do not know this already, here is a trailer.

Jokes aside, the book The Brutish Museums is a welcomed different view on modern so-called world museums. It speaks out what needs to be said and it needs to be said right now. In light of the opening of the Humboldt-Forum in Berlin, Germany, we can observe that these museums of necrology (Hicks explains this in his book) are still present today, but do belong into the last century.

The book The Brutish Museums dives deep into the object histories of the Benin Bronzes and for that alone, it is worthwhile. But even if you are not particular interested in Benin, the book still offers some valuable insight into how European museums did acquire the artefacts displayed still today and how little is done to actually process their own histories. In my opinion, this book adds value to the debate of repatriation of stolen artefacts by European and American Museums.

Dan Hicks is a Professor of Contemporary Archaeology at Oxford and Curator of World Archaeology at the Pitt-Rivers museum and you can follow him on Twitter.