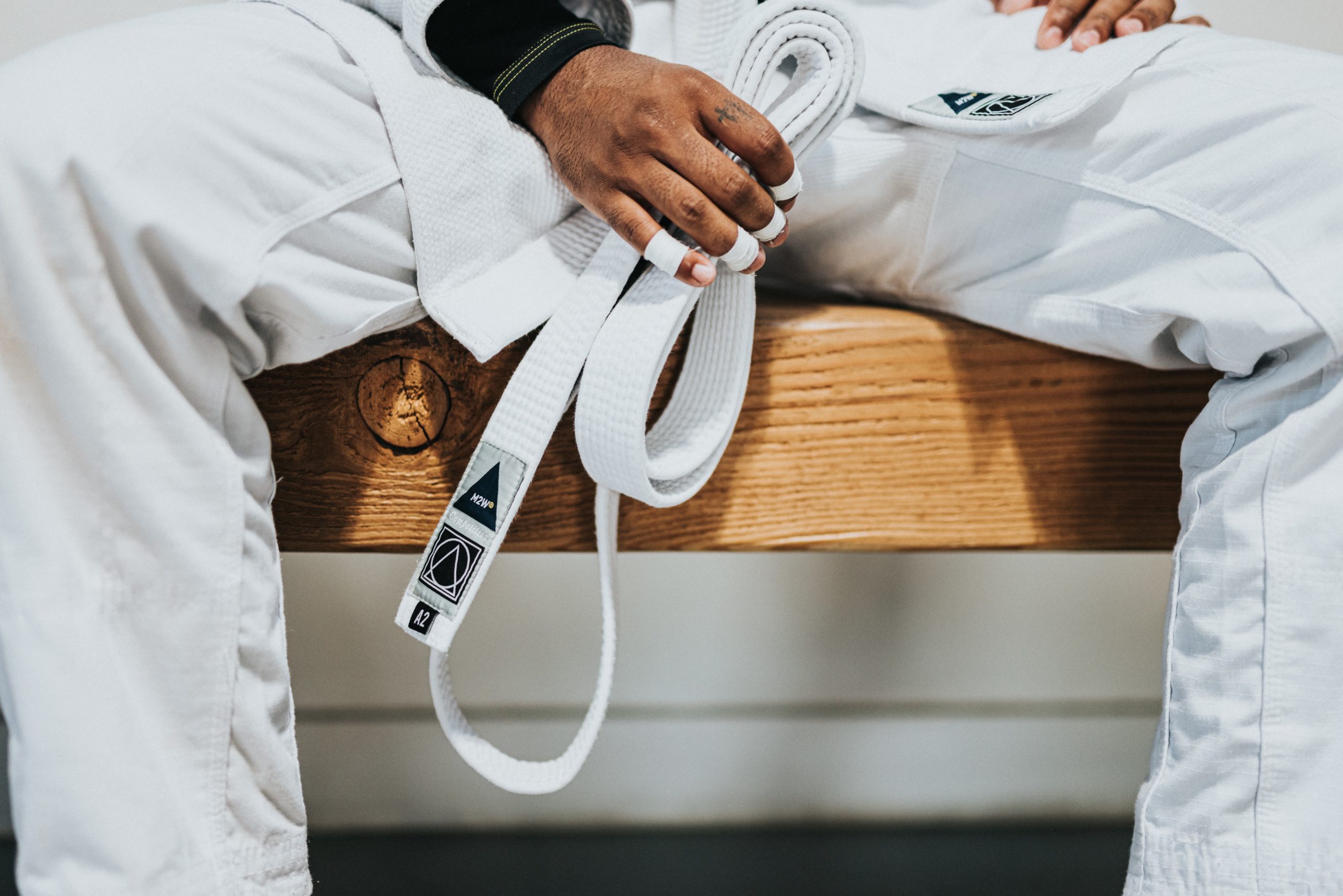 Karate is a martial art and one of many, although probably one of the most known and mystified ones. I personally practice it for many years now and I learned a lot from it. Not only for practicing Karate, but also for my work-life. Let’s have a talk about how Karate can boost your productivity.

Karate originated in Okinawa, a group of islands south to Japan. Based on Chinese influences Okinawans created a martial art called Tode. It later also found its way to Japan, where it was formalised and called Karate (empty hand). After the Second World War, it was spread around the world. Originally created as a form of self-defence, most of the time it is practised as a sport. Next year it is featured also as a discipline during the Olympic Games for the first time.

Not all Karateka however practice Karate as a sport. Besides the physical or competitive aspect of Karate, there is also a philosophical one. The martial art is deeply rooted within Zen Buddhism and Taoism. For example: At the beginning and the end of each class, there is a ritual called Mokusu (quiet thinking). Mokusu is a form of meditation, where you empty your mind to be ready for class and also return back after.

In terms of productivity, I want to talk about three concepts of Karate and Zen Buddhism. These can immensely help boost your focus. Although I truly can recommend taking Karate classes yourselves, it is not necessary for the scope of this article.

Shoshin (初心) translates to “Beginner’s mind” and is the concept of having an open mind to everything, like a true beginner. Zen master Shunryu Suzuki describes Shoshin as follows:

Shoshin is a fundamental concept within various martial arts and teaches you to be open to all possibilities and also to omit all preconceptions. This is closely connected to Mokusu, where you empty your mind before learning something new. To be able to truly learn and practice Shoshin, you need to let go of the things you think you know. So how does that translate to our day-to-day life?

Do you remember the time when you freshly started your studies? I do and I also remember, that I had a ton of ideas on how to add something in my field. Some of these ideas were pretty good, but because I neither had the resources nor the connections, most of them remained ideas or with a bit of luck mock-ups. Today I know a lot more about my field and I also know a fair amount of people working in it. Nevertheless, I kind of lost the pioneering spirit that I had when I was a beginner. I tackle my day-to-day work life as an expert, with fewer possibilities. This is something I would like to change. I want to go back to have great (and sometimes stupid) ideas and just try them out.

This blog for example is one result of that thinking. Professionally, I do not need to have a personal blog and talk about my thoughts and passions. But it was always an idea in the back of my head. Practising Shoshin helped me to “just try it out” and also not to exactly plan everything in advance. In my opinion, sometimes you just need to start and figure out the rest later. Like a true beginner. This way, Karate can truly boost your productivity.

So in Karate, Kime (決め) describes the way of focussing all your power into one punch or kick. It is not all about power though. It is a combination of the right step or stance, hip rotation and arm/leg movement, but also of the right timing. If you coordinate everything into one single point, you can achieve the most power. I can also tell you, that this is not easy.

When I started training, coordinating all the different movements was simply a mess. While I was focussing on my feet (to move the right way), I totally forgot my hip and also my arm. When I focussed on my hip, I forgot the other two and so on. It was definitely frustrating. The only thing that actually helped me with this was exercise, exercise and exercise. After I was frustrated, I started to focus on my feet again and simply ignored everything else (despite what my teacher told me). As a result, I was able to move my feet the right way without focussing, so I tackled the next zone and so on. After a lot of training, I was finally able to coordinate all body parts, without thinking too much. I still work on that, but with most movements, I am quiet happy now.

In our day-to-day life, we barely need to punch or kick someone, but I think we can learn something else from the concept of Kime. By training Karate I learned, that sometimes I don’t need to immediately focus on all parts at once, because that can be overwhelming, right? So I started to use a step-by-step approach with projects that are very big or complicated. After feeling comfortable with one part, I proceed to the next without loosing my energy thinking about the next twenty parts that still need to be done. In the end, all parts will work together and “arrive” at the result. Here, Karate definitely improved my productivity, because instead of wasting my time doing all at once, I focussed my energy.

Zanshin (残心) is a state of constant focus and awareness. In one episode of the (once) popular TV show Friends, Ross claims to have achieved Unagi (which correctly translates to “Freshwater Eel” in Japanese), a state of total awareness:

“Only by achieving true Unagi can you be prepared for any danger that may befall you.”

Ross is not so wrong about the description though. Zanshin is a state of mind in which the practitioner is totally aware of one’s surroundings and enemies. I personally do not have any enemies, but while practicing Karate with a partner, one has to be very focused to not get hurt or hurt somebody else. For two hours, when I have my class, I need to keep that focus up. I learned over the years, that this training pays off in other situations too.

For example while doing my job. Working academically needs a lot of focus and for a long time. Listening to a 1,5 hour long talk, reading two chapters in an archaeological book or writing the next grant application. I had my difficulties focussing on one task at a time, but since I practice Zanshin at least two times a week, I noticed a positive effect also for my work. I can stay concentrated for a longer period of time.

The most intriguing part: There is no magic behind it, it is just training and exercise. The more often I train to focus for a long period of time, the better I get at it. In our normal life, it is easy to get distracted though. The telephone rings or you remembered something. Our bodies somehow don’t like focussing too much, because this costs energy. By training the focus, like a muscle, it becomes easier over time. You do not have to train Karate to train your focus and improve your productivity. I think though, that training focus with a sport will not distract you as much.

These are just three of many concepts in Karate that you can adapt for more productivity. In the end, you also need to form habits in order to practice them. In my opinion, they have made my life easier.