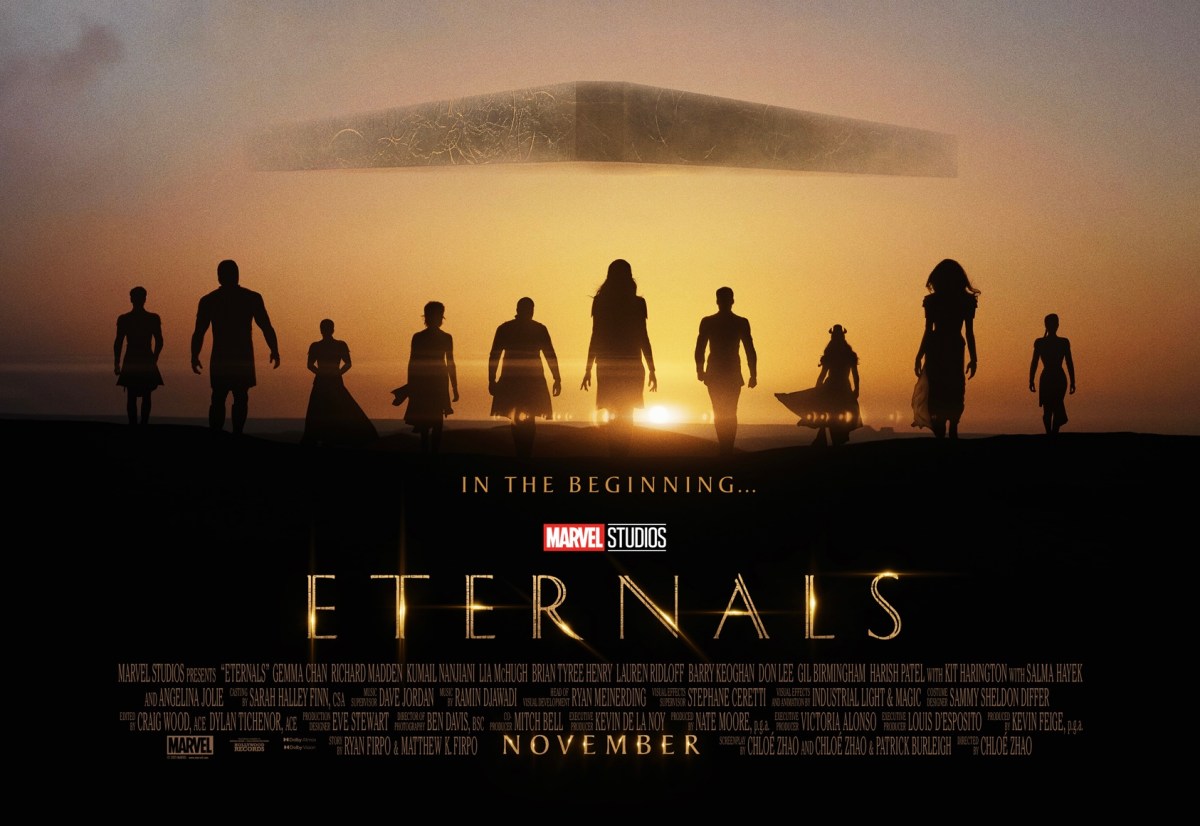 Later this year, Marvel Studios will release a new movie called “Eternals“. The film features actors like Angelina Jolie, Richard Madden, Kumail Nanjiani, Salma Hayek, Kit Harrington and many more. The Eternals are an alien race that lived on earth for thousands of years, supposedly without interaction. Just now, the Eternals have to reveal their existence on earth to fight their worst enemies, the Deviants.

Celestials, god-like beings, created the Eternals and the Deviants with superhuman powers. In additon, the Eternals – as the name suggests – are eternal beings. So they do not die and are therefore pretty old. One of these eternals, played by Ma Dong-seok, is interestingly Gilgamesh. We know this half-divine figure from the ancient Gilgamesh epic, but also from kings lists in Ancient West Asia. We also find connections the Ancient Greek mythology with Sersi, played by Gemma Chan. She was having an affair with Odysseus in the past.

What does the trailer reveal?

So I am not capable on commenting the film and how it will fit into the Marvel universe. But there are some (pseudo-)archaeological references I can comment on. In the first scene of the trailer, we seem to witness the arrival of the Eternals with a spaceship on earth, to a pre-urban civilisation living by the sea, using spears. A bit later we see Sersi helping them become agricultural and technological, so we therefore see alien intervention in the evolution of humankind. We even see how one of the Eternals hand over a golden or bronze dagger to the humans. This suggests that they also inspired the metal ages in human history.

The next scene shows us how some of the Eternals stand in front of an Ishtar-Gate inspired city. In the back, you could argue to see the Hanging Gardens of Babylon. So the filmmakers probably were trying to show this ancient city. In my opinion, this can only represent a badly reconstructed Babylon. Shortly after that the narrator tells us that: “Throughout the years, we have never interfered“, which already seems like a stretch. We also see a room full of artefacts like an Egyptian Bastet statue, a Roman SPQR flag, a cup that looks like the Holy Grail from Indiana Jones or a medieval knight’s armour. We also see a fight scene which seems to me like an attack by Spanisch conquistadores on Mayan civilisation.

What is the problem here?

Since Erich von Däniken, the idea that an alien civilisation has come to earth to give us culture and technology has been popularised. These ideas led to movies like Stargate (1994), Indiana Jones and the Kingdom of the Crystal Skull (2008) and many more. Ancient Aliens is a series on the History Channel that is completely dedicated to that fraudulent claim.

It’s the removal of objects from their cultural context, though, that truly undermines any understanding of their original meanings. […] Ancient Aliens doesn’t consider art from the Egyptians or the Maya, they simply take one example, proclaim it looks like an alien and ignore any related or similar images that might help us understand what they actually depict.

So out of context depictions of archaeological artefacts are used to claim an alien intervention in human history. Erich von Däniken did this for so long and with the help of popular media, that by now many people actually believe in aliens (once) on earth. Over 50% of all Americans (!) believe in fictional ancient advanced civilisations, such as Atlantis . This is actually huge and the implications are troublesome.

It might seem harmless to claim that aliens or Atlanteans built this monument or that lost city, but in doing so, you’re taking those achievements away from the people who actually accomplished them. Often those people are the ancestors of modern indigenous communities which have suffered colonialist oppression and marginalisation. And this brings us to pseudoarchaeology’s troubling relationship with race.

In the case of Eternals, these aliens are multi-faceted with people of different ethnicities. I would argue however, that the depiction of the Eternals, even in the trailer alone, is highly metaphorical of a First World culture, that dominated other underdeveloped cultures. This has strong connections to colonialism, in which Europe saw themselves as the pinnacle of human evolution and destined to bring civilisation to other parts of the world. We therefore can say, that films depicting aliens coming to earth and intervening in ancient human evolution, like the upcoming film Eternals, are depicting colonial and racist tropes that undermine marginalised cultures.

Maybe the title of this post is misleading. The film might even be good and entertaining. Knowing though what these stories represent might sparkle some thoughts next time you see a movie like that. Do you agree or do you think movies should explore alternative ideas? Please let me know through the comments down below!