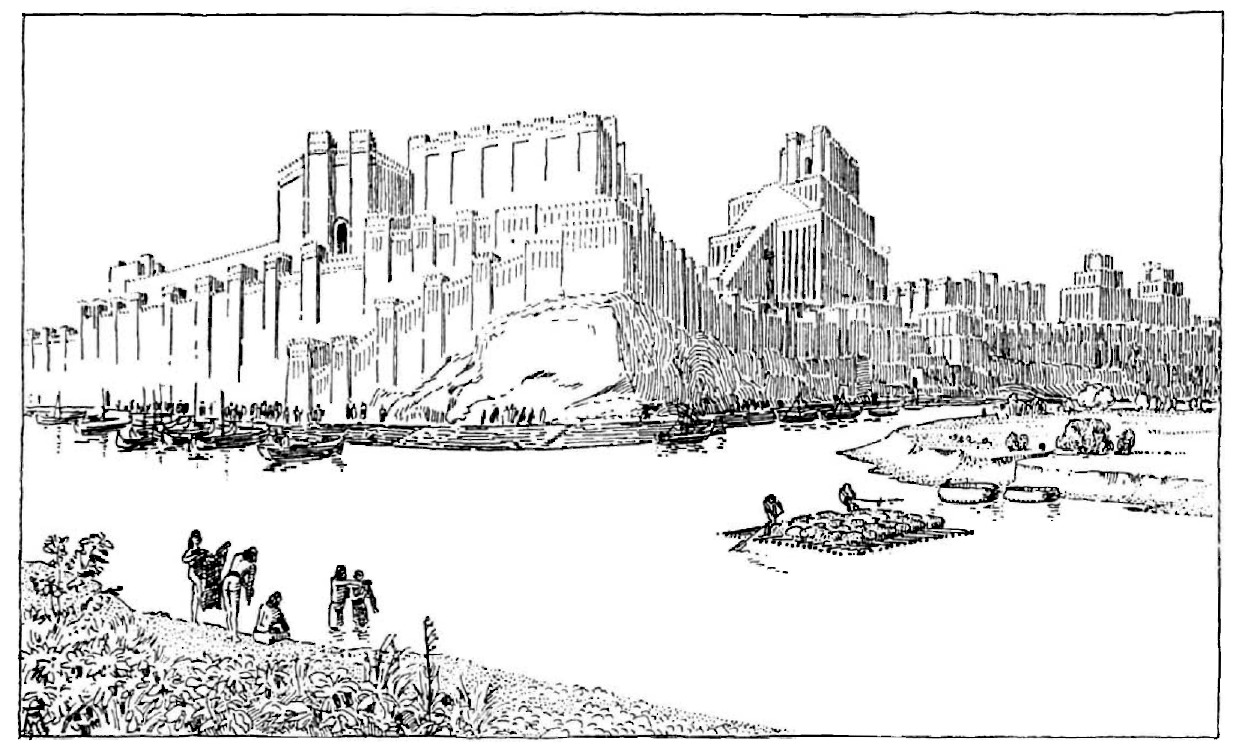 Since last summer, I am working part-time for the German Archaeological Institute as a research associate in a project called GlAssur. The project focuses on the Glazed Bricks in Ashur (German: Assur). I work on a reconstruction of the temple. This way, the façades of glazed bricks, that are being reassembled virtually, have a canvas to show them off. But let’s back up a little…

Mesopotamia, Ashur and the Temple

So for those who are not familiar with Ashur, the Archaeology of West Asia or even Archaeology, a short introduction. As archaeologists, we tend to specialise in certain fields. A common one is Classical Archaeology, which is (broadly speaking) concerned with the pasts of Greece and Rome. There is also Prehistory, which focuses not on certain cultures, but rather on a certain time. Prehistory usually focuses on the time before humans settled down, started farming and so on. I myself specialise in the field of ancient West Asia. That field is focused on the past of countries like Syria, Iran, Iraq, Arabia, Turkey and a couple more. If you have heard of Mesopotamia, that’s the spot! Well a bit more than that to be fair.

Ashur on the other hand was an important city of the Assyrian Empire. The empire existed roughly from the 14th century BCE to the 7th century BCE and had its peak around the 8th/7th century BCE. The name of the city was Ashur, after the city-god. Every major town in Mesopotamia had a dedicated city-god, although Mesopotamians were worshipping a lot of different gods. As you can imagine, a god usually needs a house to live in. These were the temples.

The Ashur Temple was a big one. Excavated by the German archaeologist Walter Andrae in the beginning of the 20th century CE, it featured several phases and restorations. There were older predecessors to the temple, but the one we are talking about was massive. Walter Andrae himself did create a reconstruction view of the temple (see title image). Parts of the temple façade in the temple court were decorated with images formed by glazed bricks.

The excavations yielded over 3.000 fragments of glazed bricks. These bricks are painted and compose larger mural pictures that decorate the temple. These fragments are currently stored at the Pergamon Museum in Berlin and are getting documented, sorted and puzzled together in order to reconstruct the images from over 2.000 years ago. As a reference, the lead scientists (Anja Fügert and Helen Gries) have to work with old documentation drawings of the excavators as well as the original material.

Reassembling the fragments of bricks is a huge amount of work and they are at it for a long time. In order to show these glazed bricks in context, they decided to hire me to create a virtual reconstruction of the temple. This way, I can put the reassembled bricks on the reconstruction to show them in their former glory. Not an easy task as these image are not complete and need a lot of work.

The reconstruction of the architecture however, is the first step. I use a 3D software for that. I base the reconstruction on the excavation plans and closely discus every decision with the project leaders. Step by step, the ancient temple will come to life. I already begun the process, but can’t share any pictures at this point. When finished though, I will. When the reconstruction is roughly done, I will put the friezes back on the temple walls to show them in their original position (as far as we can reconstruct that).

The point of this work is to create material for wider communication. For a long time, archaeology (and other sciences) did not respect the interest of the non-academic community. A process that started very slowly at the beginning of the 20th century, has lead to today, where we see more and more sciences communicated properly. Communication however does not mean to write an article about it, but rather finding ways of communication that resonates with everyone. In my opinion, virtual reconstructions of ancient architecture are the best way to do so. Everyone can understand them (when done properly) and they help to communicate so much more than what they depict on first sight.